The John Abbott College campus shares part of its land with facilities attached to McGill University, an institution that provided security for the entire campus for many years. The agreement between McGill and the CEGEP, however, provided that the CEGEP would assume responsibility for the security of its premises starting in the fall of 2019. LLA Architecture was therefore mandated for a project which consisted of converting one of the apartments at Stewart Residence into a Security Operations Centre (SOC).

The space set aside by the CEGEP for this new room is located in the Stewart Residence, a building whose construction dates back to the beginning of the 20th century. Carrying out work in such an environment involved a number of difficulties, some of which were unpredictable. We knew before work began that the building was contaminated with asbestos, and that its removal would require significant efforts. In addition, we also put procedures in place to strip away additional hazardous materials, such as lead in paint applied over the years. 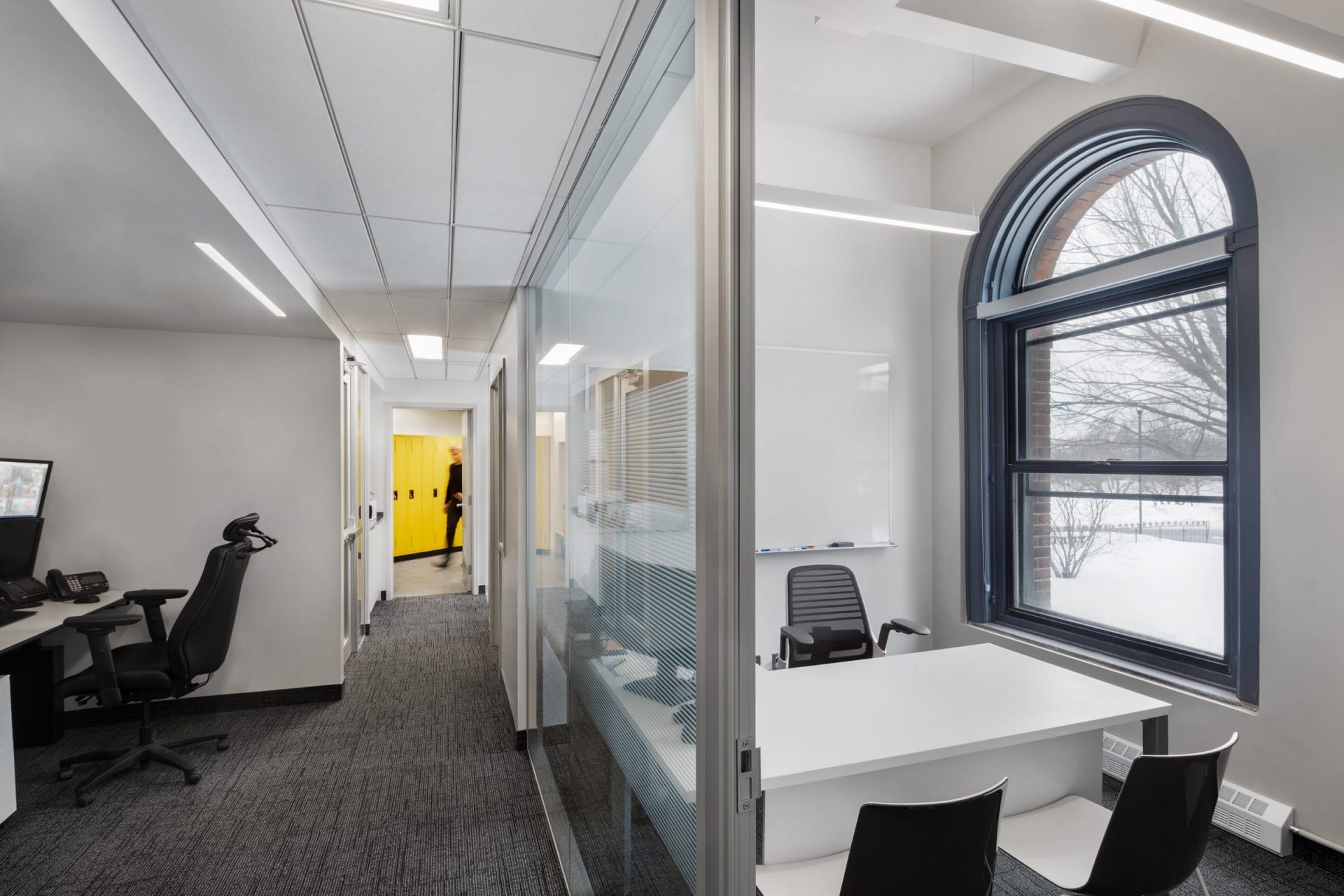 Every project is unique